Please note that Retry mechanism has been added to:

We had encountered a scenario where Word Template generation was failing frequently.
This had happened on 28th and 29th Sept 2020. These were the 2 days when MSFT had reported issues with their Azure services!
On studying the pattern of failure… we found that most of the times… failure incidents were happening together…possibly bcos of outage of azure service. 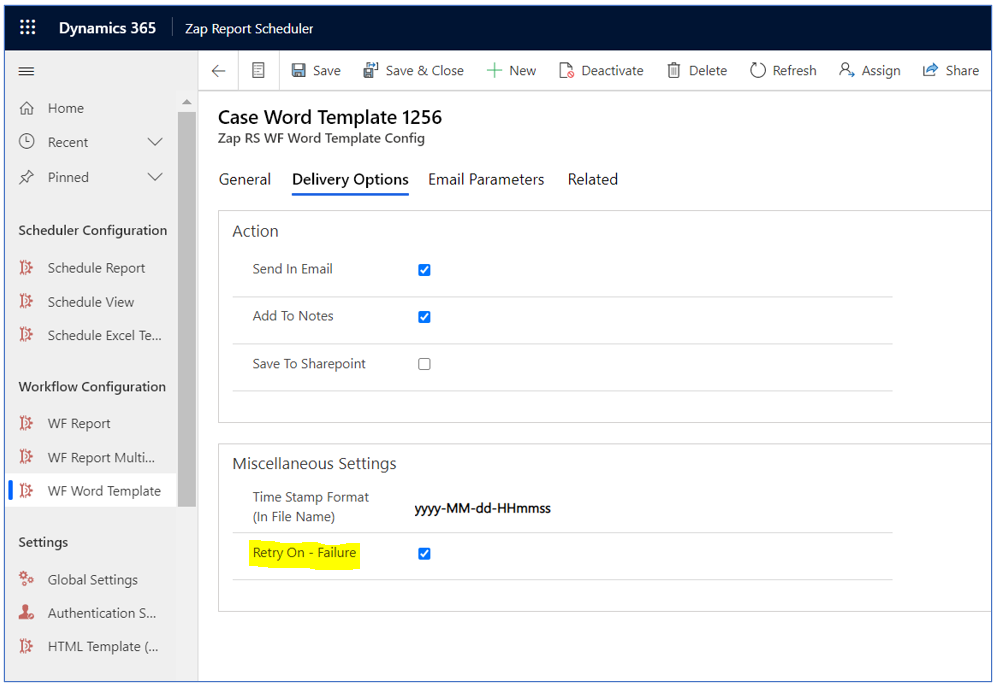 As can be seen above… one of the executions had failed in 1st and 2nd attempt… however it succeeded in the 3rd attempt.
If you would like to be notified if there is a failure… Then you can write an OOB Workflow which will trigger and send email when the “3rd Try Status” is set to value:”Failure”.